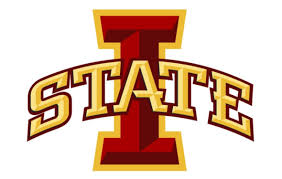 No more than 3 days ago I was texting friends that if Iowa State upset Oklahoma State I would quit my job and live in a box.  Now I am receiving texts back asking what box I will be living in.  Yep…Iowa State did the unthinkable; they knocked off the #2 team in the land in front of a national audience on a gorgeous November evening.

Oklahoma State came into Ames with heavy hearts because of the plane crash that claimed the life of  their women’s basketball coach and an assistant coach the night before.  I can’t imagine that it was easy for their players and coaches, but there was a football game to play.

While enjoying some chili, garlic bread, bacon covered jalepenos, wings, and of course playing some bags, there was a stiff 25 mile an hour wind that actually broke a portion of the tent at our tailgate.  I couldn’t help but think that this was the perfect solution to stop the high powered Oklahoma State offense, but by game time those gusts had diminished to a small breeze at best.  The Cowboy offense could now throw the ball without any difficulty or so I thought.

To my surprise the 1st quarter was dominated by Iowa State; however, because of an Oklahoma State interception return for a touchdown the Clones were down 7-0.  If someone would have asked me prior to the game if I would take this score, I would have said “yes” without any hesitation, but as the 2nd quarter started, I was disappointed because we had not taken advantage of our opportunities.  We missed a field goal and did not take advantage of a turnover like the Cowboys did.

The second quarter was pretty even as both Iowa State and Oklahoma State were able to move the ball.  The Cowboys put up another 10 points, and Iowa State put up 7 thanks to a Darius Reynolds touchdown catch.  So the score was 17-7 at half, but our defensive had only allowed 10 points from an offense that usually would have around 30 by intermission.

The second half didn’t start well as Oklahoma State went all the way down the field on their first possession to score again.  It was now 24-7, and it looked as if the Cowboys were starting to run away with the game.  Fortunately, the Clones didn’t get down or give up, and James White ran for a 32 yard touchdown to make it a 10 point game.  Again our defense stepped up and either forced turnovers or punts the rest of the half.

We added another field goal, and then on what may be the drive of the year the Clones took the ball 89 yards and scored on a touchdown pass from Jared Barnett to Albert Gary.  The score was tied, but there was still 5 1/2 minutes left.  That is enough time for Oklahoma State to score 5 times, but our guys thought differently as they forced the Cowboys to punt on their next possession.  It seemed as if Iowa State was on its way to draining the clock and putting themselves in position for perhaps a game winning field goal, but we had a deflected pass intercepted.  The Cowboys were inside our 50 with around 3 min to go.  This was the way things go for Cyclone fans…we come so close just to fall short.  After holding the Cowboys (who looked as if they were content to kick a field goal) to 4th and 1, they lined up for what could have been a game winner, but the kick was wide right.  A little bit of Hilton Magic must have snuck over across the parking lot.  We were heading for overtime.

As the stadium shook and I mean shook because of the 50k plus crowd, we took our first play to the house on a 25 yard touchdown reception from James White.  It didn’t take long for Oklahoma State to answer and the first overtime came to an end 31-31.  The Cowboys had the first possession in round two.  On the first play our All-Big 12 linebacker Jake Knott deflected a pass, and it was intercepted.  All Iowa State needed to do was score and the game was ours, and that is exactly what our offensive line did.  They created nice big holes for Jeff Woody as he ran three times for 25 yards and the game winning 4 yard touchdown.

The crowd erupted over the walls, and the flooding of the field began.  Now I have run on the field before, and let me tell you, it is absolute chaos.  The first time I did I lost my wallet and fortunately got it back 3 days later because of a good Samaritan; however it was empty except for my drivers license.  This time I was going to play it safe and I put all my belongings into a zipper pocket in my coat.  I was ready!  I was running to the 5, the 10…20… 30 and then rolled my ankle on someone’s foot.  Again rushing the field did not agree with me.  I was limping forward gingerly, trying to make sure not to do it again in order be close to the team that just shattered the Cowboy’s chances for a national title.  Sweet Caroline was being sung by thousands and the crowd became more condensed.  As great as this all was, I had had enough, and it was time to search for an exit.  As I was fighting through students, alumni, and the occasional storm trooper, I found an exit off the field.  Little did I know there was someone else leaving at the same time, and this someone deserved the game ball in my opinion, Wally Burnham Iowa State’s defensive coordinator.  I went up to coach Burnham and thanked him for the job he did and let him know his defense was the key factor in this win.  Surprisingly he seemed just as appreciative of me and thanked me for coming out and supporting the team.  What a guy!  I might have a little limp right now, but after that short conversation, it was worth it.

This was a night to remember. Iowa State set a record with 6 straight 50k plus crowds at home.  Our offense outgained the Cowboys, and defense created 5 turnovers.  Leonard Johnson may have improved his draft stock by a few rounds with his performance against the Cowboy’s All-American receiver Justin Blackmon.   The Clones beat a top 5 team for the first time ever, and we became bowl eligible all on senior night.

Thanks for the memory Cyclones.  They will help keep me warm as I move into my new box!

Every Friday, Shane Vander Hart shares five items of good news or inspiring stories from the week to end the work week on a positive note.

Whistleblower who harvested aborted baby parts inside Planned Parenthood Clinics for StemExpress describes “Most difficult experience I had there.”