Abortion Numbers in Perspective, Why We Must Fight The Good Fight Nationally and in Iowa 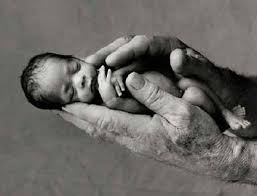 Yesterday, Dan McLaughlin at RedState shared a staggering list of numbers that helps to put abortion numbers into perspective.

This is why when somebody refers to abortion as a holocaust they are not just using hyperbole.  It is appalling and we must fight for a culture of life.

Planned Parenthood needs to be defunded with taxpayer money, period.  Yes, yes… I know that some will say that federal funds isn’t going toward abortions rather family planning.  Ok, how about not seeing taxpayer money go toward an organization who repeatedly turns a blind eye to rape and incest, as well as, has been documented assisting those posing as sex traffickers.

Do we really want to give an organization taxpayer money when it does that?  Why are they still considered a non-profit when they have a billion dollar industry going on?

Another way to help foster a culture of life is to assist those who are recovering, and I’m thankful that Iowa Governor Terry Branstad declared April Abortion Recovery Month.  We also need to support maternity homes and crisis pregnancy centers in order to help provide alternatives.

The fight must go on.  In Iowa we’re facing one State Senator holding this bill up, State Senator Thomas Courtney (D-Burlington) who chairs the Senate Government Oversight committee so far is keeping the late-term abortion ban held up in subcommittee.  That bill needs to be passed in order to keep abortionist LeRoy Carhart out of our state.  Carhart is planning to set up shop in Council Bluffs to do late term abortions since he can’t perform them in Nebraska and Kansas (and most recently Oklahoma) which passed late-term abortion bans.  Council Bluffs residents and its Mayor, Thomas Hanafan, (who is a Democrat) want to see this bill passed.

I encourage you to contact State Senator Courtney to respectfully encourage him to allow a vote in committee so it can be debated and voted on in the full Senate.

On the first day of July, the Iowa Department of Public Health (IDPH) reports a slight increase in hospitalizations from COVID-19.

The Iowa Board of Regents last week came out in opposition of a bill before the Iowa House that would ban the trafficking of aborted infant remains.

Gov. Kim Reynolds: “COVID-19 and a devastating derecho dealt a major blow to everything from the demand for ethanol to the supply of meat on grocery store shelves.”