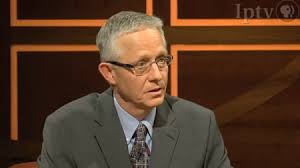 Last May, my parents, grandmother, sister, and aunt traveled to celebrate my law school graduation. When you delivered the commencement address, they expressed surprise and disappointment with the political nature of your speech.

Months later, friends and I attended your State of the Judiciary Address expecting to hear you inform the Joint Session about the Judiciary’s budgetary and administrative needs, and we were again shocked and disappointed that the forum was used for political purposes.

On Thursday, you will preside over the mandatory swearing-in ceremony that completes the final step in my journey toward becoming a member of the Iowa bar. Last year’s ceremony, much like my law school commencement and the State of the Judiciary, was used as a political forum. Last year’s ceremony was used to stump for retention of the justices who were on the ballot last November. The newly-minted attorneys sat in awe as the list of “10 Things You Must Do to Become a Successful Attorney,” turned political when the most important “must” turned out to be “vote yes to retain the judges.”

As I take my oath this Thursday, my parents and friends will once again be in attendance. I fear they won’t respect my decision to enter into this traditionally noble field if the significance of the occasion is again overshadowed by partisan politics. They have all sacrificed to see me become a practicing lawyer in Iowa, and it is important to me that nothing undermines their sacrifices or their respect for my chosen profession. They understand the judiciary as an apolitical branch dedicated to justice, objectivity, and evenhanded debate, not an institution that exists purely to advance a single point of view to a malleable and captive audience.

I sincerely hope this Thursday’s mandatory swearing-in ceremony will not be used as another occasion to promote a political agenda at an apolitical event. I know I risk appearing petulant or disrespectful in making this request of someone so much my senior, but I am sincerely and humbly begging you to protect my faith in the integrity of this profession and the idea that the judicial branch is above political posturing.

I beg you to act as an objective judge, to simply administer the oath, and to not use the forum as a pulpit from which you expose a legally captive audience to a particular political philosophy. If you choose to use the forum to groom a new class of attorneys, remind us of what we must do to uphold the laws, not what you think we should do to further a divisive set of ideals.

Remind us to respect the power of the law, but do not, as you have before, advocate for courts as a moral instrument of “progress,” for the moral direction of society is ultimately decided by we the people, not by the courts or the legal elites.

Remind us of the legal foundations of our society, but do not, as you have before, advocate for “social justice,” for the justice I will defend in my career is the objective rule of law.

I only ask that you make that moment as enjoyable as possible for the new members of the bar and their families by refraining from again surrounding an apolitical, historical moment with divisive political advocacy.

Stacey C. Rogers is a recent law school graduate from the University of Iowa School of Law.  She is currently a clerk for State Senator Mark Chelgren (R-Ottumwa) and recently worked with Dave Funk’s Congressional Campaign in Iowa’s 3rd Congressional District.

Some Iowa Republicans are quick to judge A.J. Spiker for what they see as political failures, but are mum on Governor Branstad’s policy failures.

Rick Halvorsen called a special meeting for the Warren County Republican Central…
She would probably still have a job. From a ruling that just…